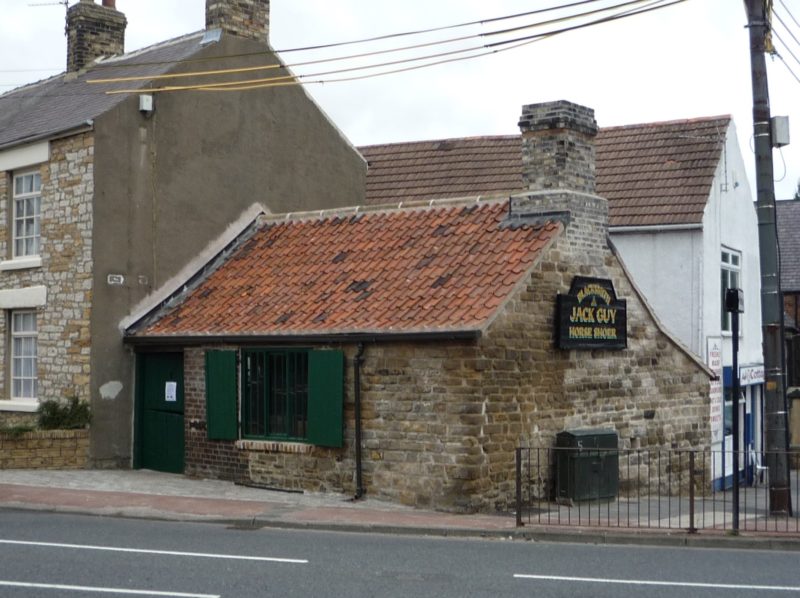 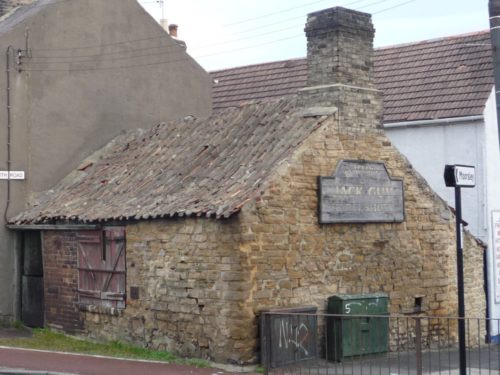 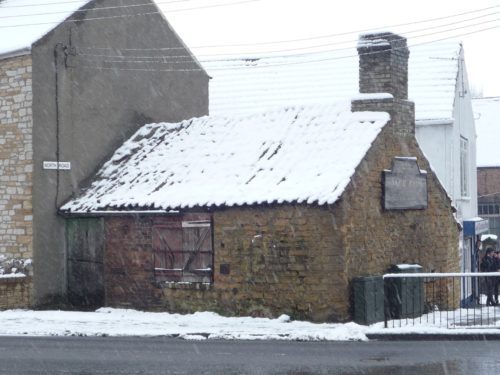 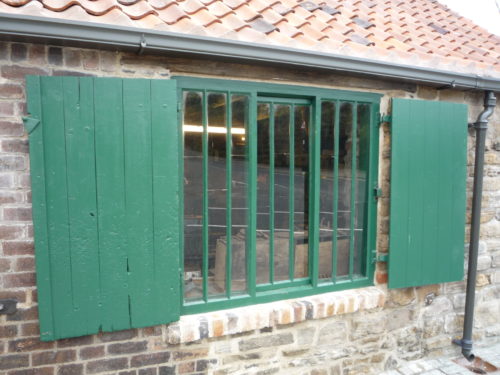 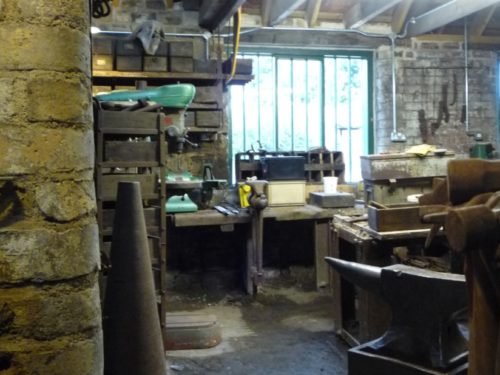 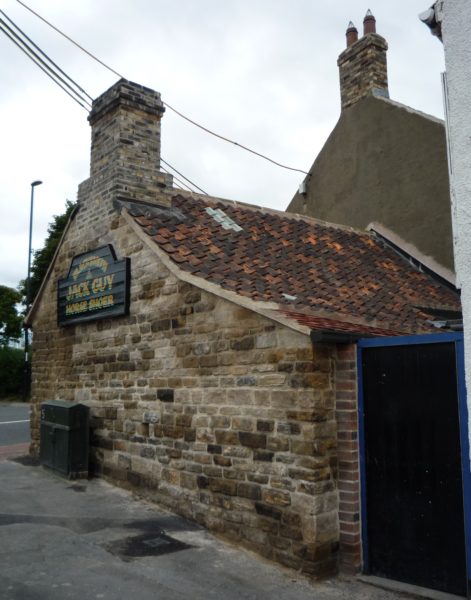 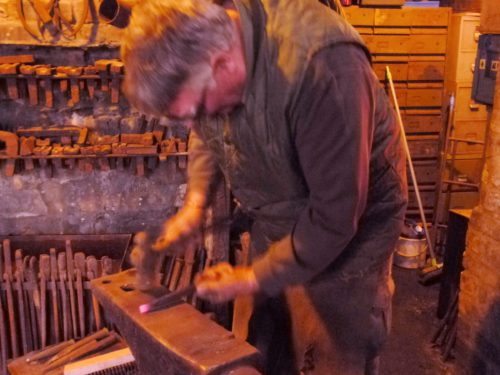 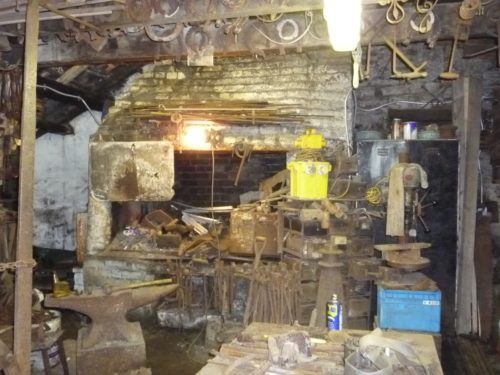 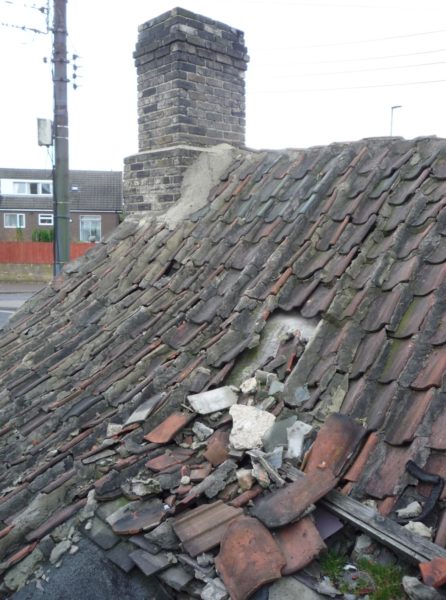 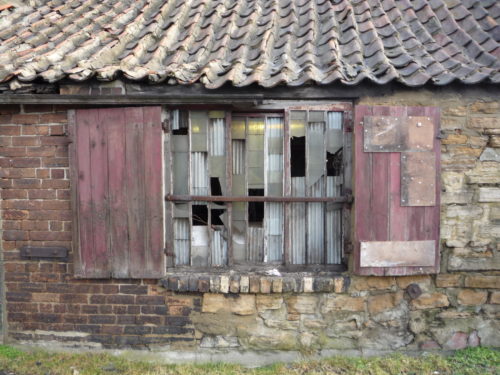 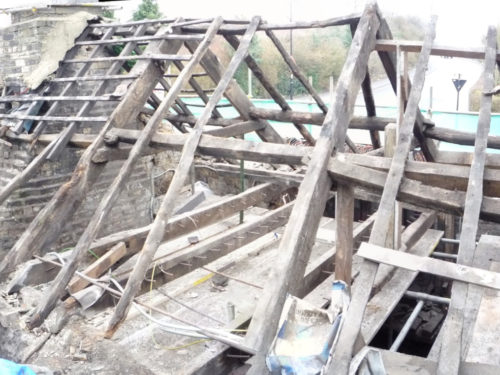 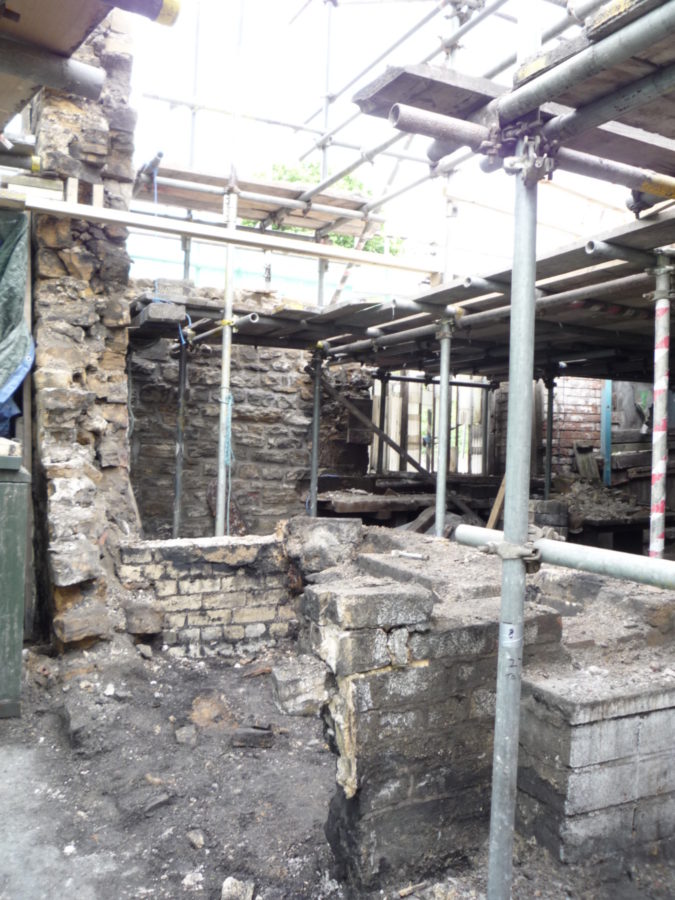 There’s not many late 18th-century Grade II listed blacksmith forges in our area and the likely collapse of this little gem meant that a significant cultural asset for the region was about to be lost, let alone the loss of the livelihood of one of the last remaining farrier blacksmiths in the country.

Entering the Smithy was like stepping back in time to a pre industrial age. Around its walls were racks of hammers and tongs. In the roof were beams with horseshoes of every style and shape, enough to shoe all the runners of the Grand National twice over. The rafters were packed with steel bar both metric and imperial. Walls were covered in benches shelves, boxes, and chests of drawers revealed nuts and bolts and nails of every size. The anvil on railway sleepers. Close to the massive fire hearth, capable of taking a cartwheel’s iron tyre.

But years of poor construction, piecemeal repair and wear and tear put the building at risk. Heavy loads on the spindly roof meant the roof was in danger of collapse and as we subsequently opened up the works, the chimney and gable also wanted to fall down.

It is listed grade II and thought to be late 18th-century. Most surviving smithies date from the mid to late 19th century and this makes it exceptional if it is, as the listing suggests, from the 1790s. It is a working forge and the blacksmith also works as a farrier in the field. As a consequence of generations of blacksmiths working the smithy, it has a historical collection of blacksmithing tools and products within it. These items are a significant cultural element of The Smithy.

To understand the building better we undertook a Heritage Statement to understand better the building in its context. And a Statement of Significance to understand its design, appraise its condition and put together a preliminary schedule of proposed works and justification. This was reviewed by the Sunderland City Conservation Officer so we had agreement to the principles that were later worked up in detail. We also undertook historical building recording where we photographed each elevation and annotated the images with descriptions of what we could see, so that we could understand what was original, and what had been carried out recently. This important exercise in such a cluttered environment enabled us to understand the importance of various elements such as the holes in the north gable brickwork which is formed by John Guy hammering straight, the tines of a field harrow. To cover these up have lost evidence of a craft function. We were also able to understand modern items like the panel of brickwork that was put in to hold up part of a stone wall that has collapsed. We kept it as it is part of the story of the building.

We wanted to retain all the original fabric, though knew at first sight that the roof timbers were defective and the roof structure sagging under the load of stored material in the rafters and years of torching- cement put on the pantiles outside. The roof deflection was pushing the south gable over and the hearth and flue with it. In order to rescue as much original timber as possible, we recorded the structure when it was exposed and had the rafters and purlins etc, labeled and taken to the joiner’s shop where the structure was re-erected. In more controlled conditions, we were able to understand what parts might be defective and which could be saved. One dilemma was should new timber be of ‘our time’ or should they match the existing? As existing was so small in section size and weak, which lead to the collapse in the first place, we felt it inappropriate to replicate that. So we used modern sizes and there was more than a touch of anxiety that this wouldn’t gel with the recovered timbers but when the roof was reinstalled it blended together well. It also affords the opportunity of the older timbers to catch up in size when they need to be replaced in the future. We saved the trusses, some ridge and purlin but all the rafters were lost to decay.

We tried very hard not to take down defective walling but in the end realised it was the only solution, as the condition of the walls was so poor. The south gable cavities were nothing but dust and there was no tying across so it was fundamentally flawed and we had to take it down to rebuild it and the hearth and flue had to come with it. There were no foundations and building regulations meant that foundations had to be designed and approved. There were also concerns of archaeology about the work but none found during excavations.

These matters had a major impact on: timetable; listed building consent which had to be reapplied for, as the scope of the works had increased; and build cost, which required approval. We cannot commend our client enough: Limestone Landscapes provided a pragmatic and encouraging attitude to the project and their help in enabling the Heritage Lottery Fund; who was a major contributor to the project, to understand the difficulties we were facing, was greatly valued. The contractor Classic Masonry bent over backwards to help us deliver the project and their good humour and conservation skills were indispensable.

An interesting conservation dilemma, which exercised us all, was should you see the underside of the pantiles, as was found on the original building or should it have roofing felt and a boarded lining? Our concern was having spent the money on refurbishing the building; we were not providing a watertight roof. Albeit, it was a vernacular traditional construction and ‘true’. We agreed after much discussion to replicate the original roof finish before we started, but we did wobble just before the pantiles went on the new roof and thought it through again but concluded our original premise was correct and that we wanted to be true to its original form (and the fact that the building was unheated and somewhat smoky on occasions helped confirm our view).

The hearth and flue exercised our brains as well. The mortar pointing had worn out over the centuries and there was very little holding it all together, apart from a couple of bits of rusty girder above the corbelled hearth brickwork. We could never have hoped to re-build the hearth to drawn measurements and get it right so we took ply sheet templates, took it down course by course and laid each course out on the crash deck, so we had a systematic way of rebuilding the hearth and flue. We also had to utilise craft skill in installing new steelwork to support the top of the flue. In other words the contractor said, ‘will this do?’ and the architect said ‘yes’ (because the engineer was on holiday and the contractor had to get on).

We returned all of the tools, ironmongery and fittings back into the Smithy when the work was complete and we’d like to think that other than a bit of freshening up, you can’t tell that the work has been done.

The work was a real team project: all members bringing their own skills to the job, to rescue The Smithy and to have the hammers ringing out once more; serving local people and places with pride.