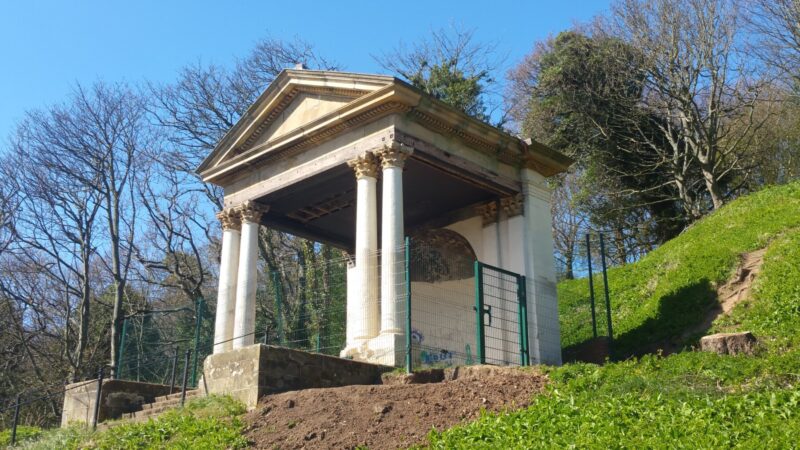 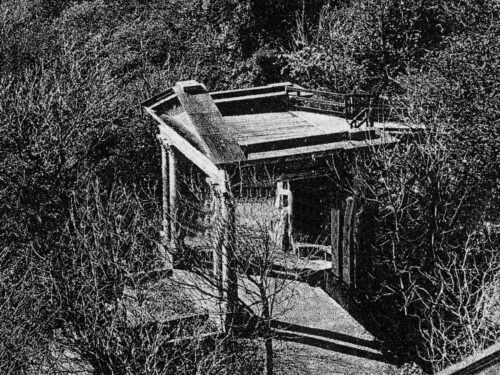 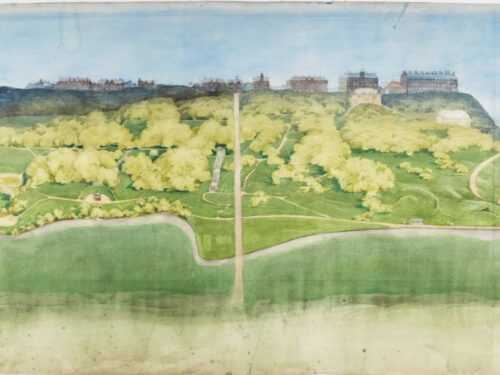 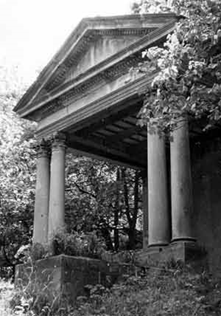 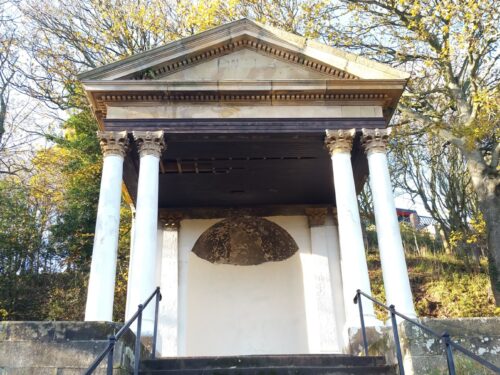 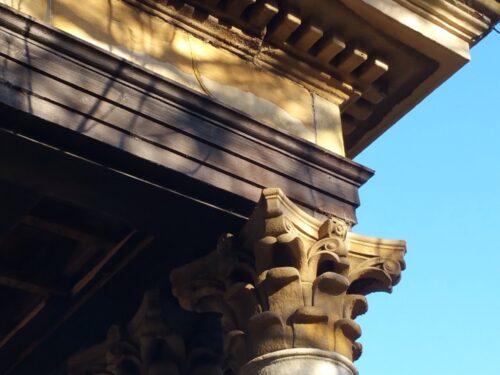 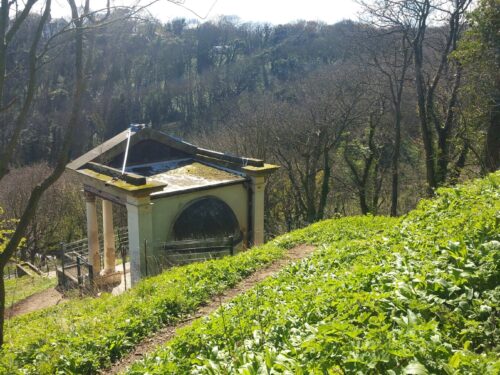 We’re working with Redcar and Cleveland District Council to restore the Albert Memorial in the Valley Gardens in Saltburn.
The Memorial has surprising beginnings. It is the relocated portico from the first Barnard Castle railway station, built in 1854. The railway soon had two stations and the first became redundant.
In 1864, the portico is re-erected in the Valley Gardens for £300 and repurposed as a memorial to Prince Albert, husband and Prince Consort to Queen Victoria who died in December 1861.

The building formed the centre piece of the planned Valley Gardens and it marked the northern end of the Halfpenny Bridge (built in 1868 to provide a pedestrian route to the proposed- but never built- new housing to the south and it was demolished in 1974).

Confusingly it is called a Temple on the old maps, a Pavilion in the Listing description and by most others as a Portico reflecting its origins.
It is a small classical temple, typical sited in the typical manner of an 18thC landscape, as a focal point and (to add another description) to create a Belvedere, a place to look out onto the landscape.

It has fared reasonably well until the last 50 years or so when loss of maintenance and a rise in antisocial behaviour has caused the structure to deteriorate to a point where it is dangerous.

BBA have carried out a condition survey with specialists and we are now embarking on the first stages of the restoration by designing repairs and improvements to the structure.