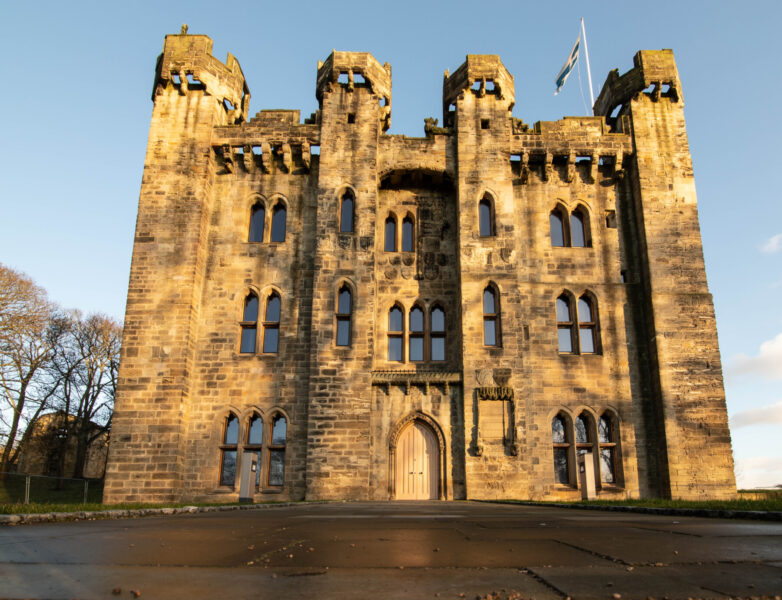 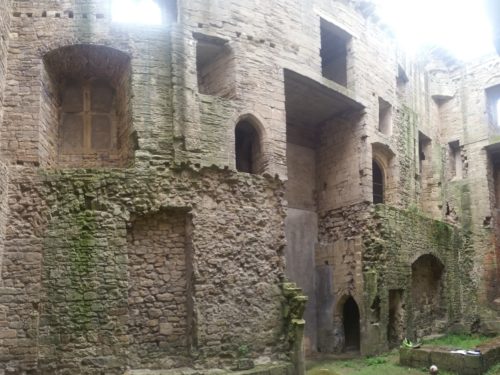 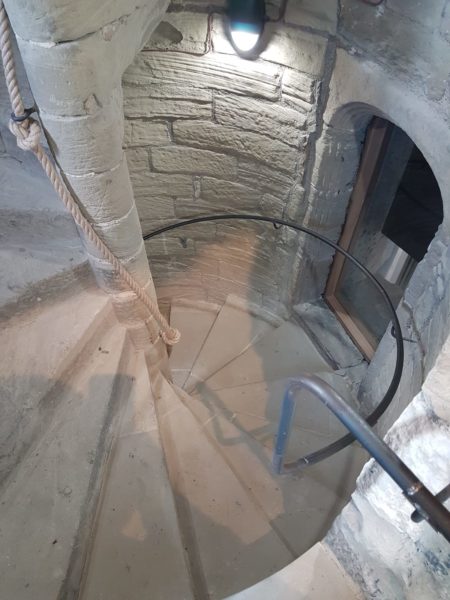 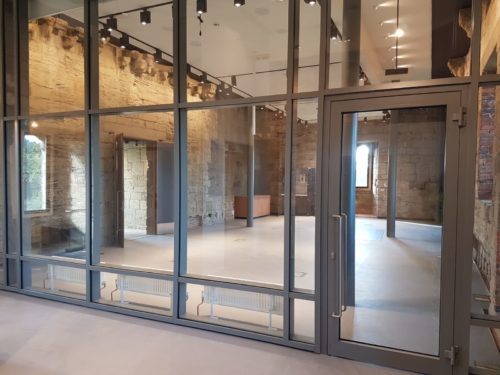 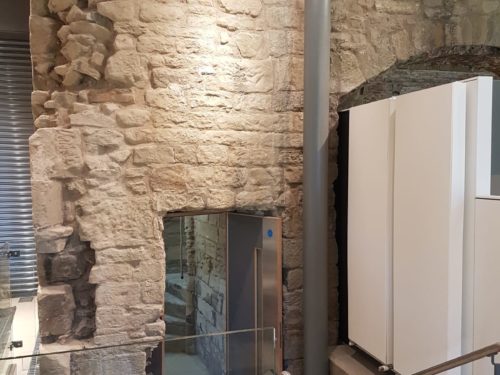 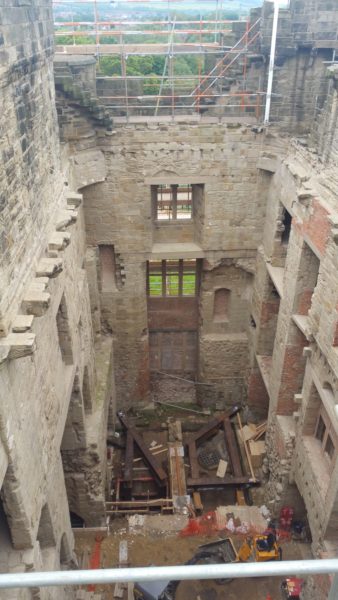 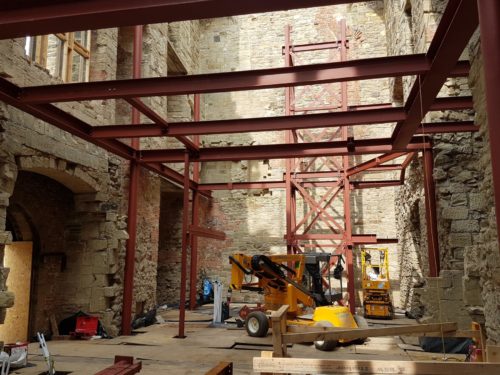 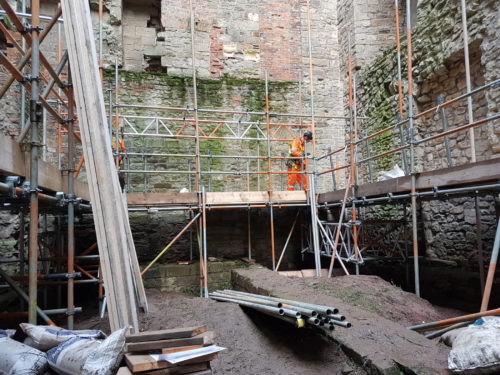 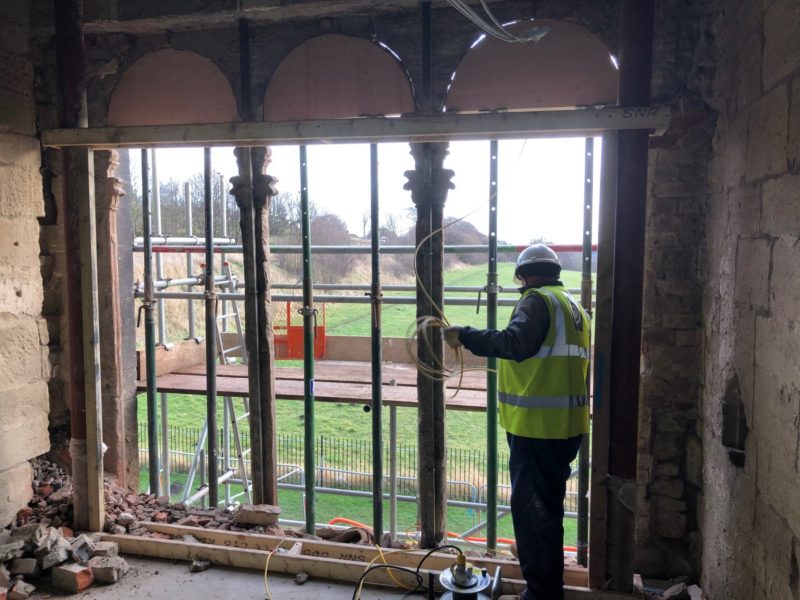 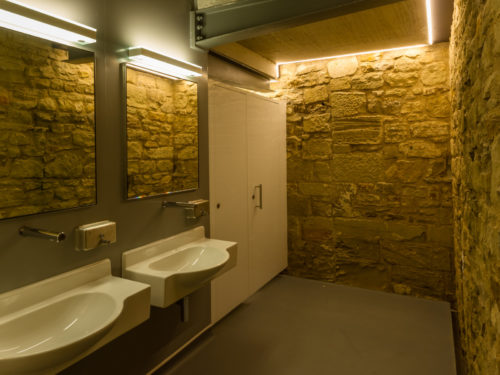 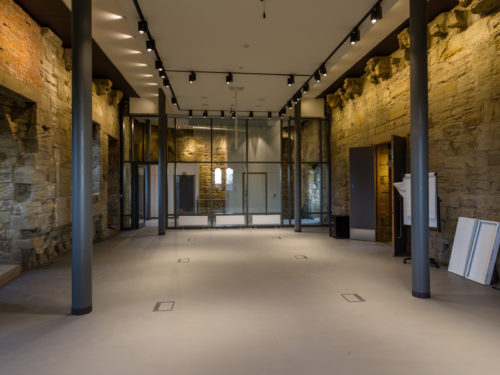 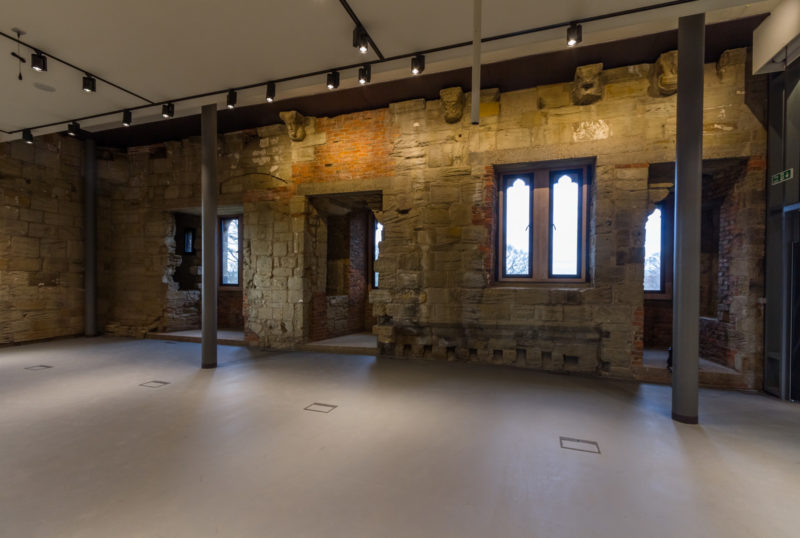 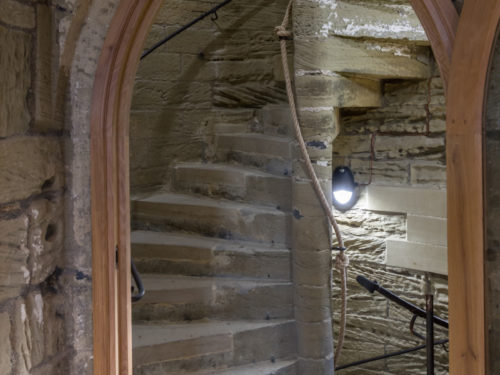 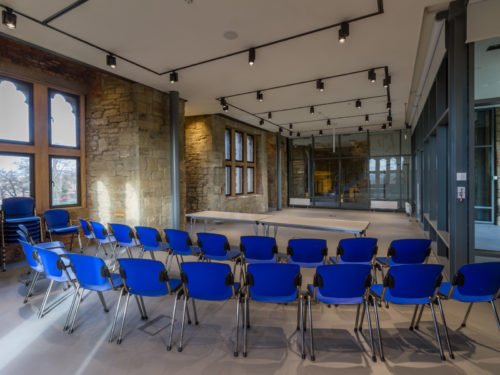 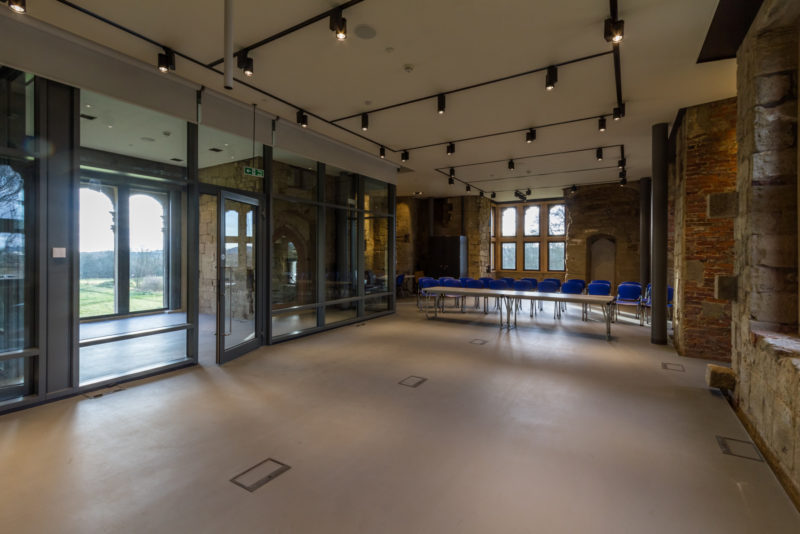 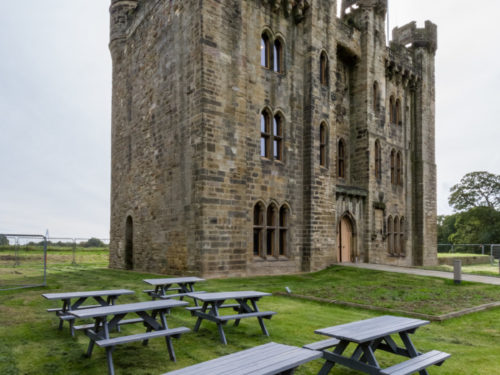 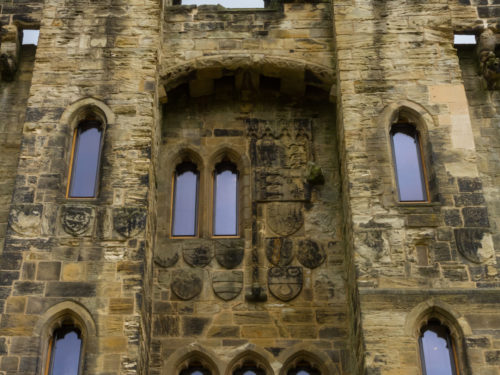 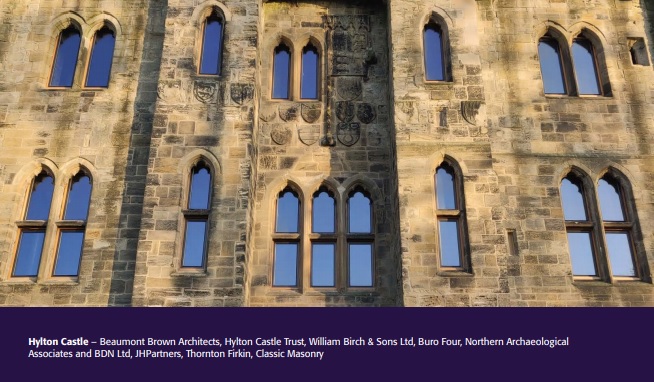 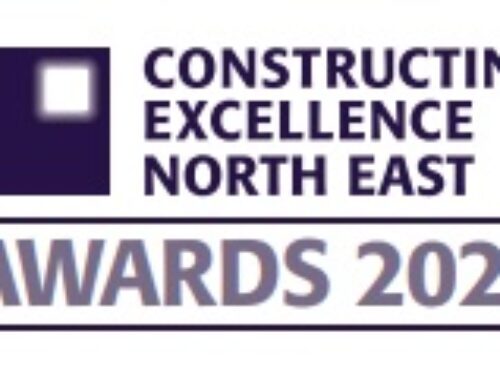 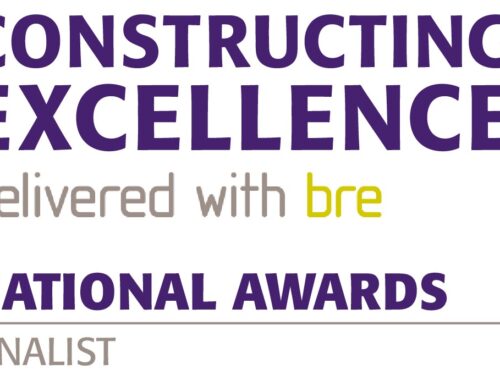 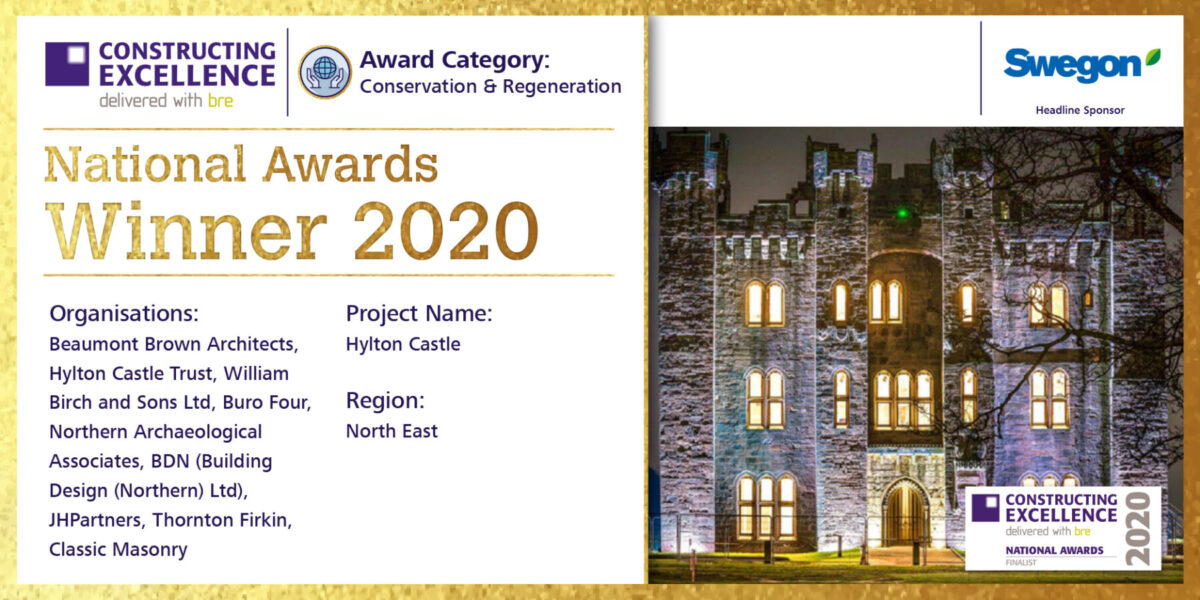 The Hylton Castle Project is highlighted by the Council and its partners ‘Friends of Castle in the Community’ as one of the best examples of how restoration projects can enhance the residents local pride and connection to the area in which they live.  Working with a strong design team, BBA have been instrumental in embedding the importance and historical significance of Hylton Castle and its redevelopment not just within the immediate locality but across all areas of Sunderland.  The architects have encouraged residents and partners to engage with the castle, and learn about its unique history and heritage.  BBA continue as a proactive partner in helping the Friends and the newly formed Hylton Castle Trust celebrate the unique story of the castle, piecing together the many significant elements that are an integral part of Sunderland’s rich heritage.

Built between 1390 and 1410, Hylton Castle stands as a magnificent reminder of the past, right in the heart of the community.  Much loved by local people, it has provided a home for barons and school children, a stronghold for knights and a headquarters for soldiers, and it tells us much about how the people of Sunderland have lived for hundreds of years.

The Hylton Castle Project has breathed new life in to this ancient monument of power and prestige, creating a new community-based, heritage-led visitor attraction that celebrates the stories of Hylton Castle from the late fourteenth century to the present day.  The building has been transformed in to a space for the 21st century.  New floors, stairs, and a lift has been created inside the Castle, to house a cafe, exhibition and flexible spaces for community and educational use.   It is a collaboration between Sunderland City Council and Castle in the Community and the Castle is operated by a newly registered charity established for the purpose.

The Project is not just about the building though, it is about people and the project has provided opportunities for volunteering, activities and events for local people and visitors, educational visits for schools, and a strong emphasis on training for local young people.

The Castle is a magnificent and rare survivor of a fortified medieval gatehouse which once formed part of a range of Castle buildings. Sir William Hylton built his house in the late C14th to impress. It was the symbol of his wealth and power in the region.  It remained within the family until the C19th after which its fortunes were mixed. The house was remodelled internally, windows were changed and wings added and then removed. By the 1960’s it had lost its floors and roof and had its windows blocked in against intruders and left to stand silent, grey and unloved.

But due to hard work from volunteers and grant aid from SCC, HLF and The Wolfson Foundation, the Castle has been brought back to life. It has been repaired to high conservation standards and repurposed into a Heritage Led Learning Centre for both the local and wider community. The project is not just a rescue of a Grade I Listed Building and Scheduled Monument but more importantly, the chance to make it a part again of the communities that it serves. Those that visit will learn of the Hylton Family, The City, and the importance of its people. It is very much a Castle in the Community.

The project has good foundations in the development of an excellent conservation management plan, a great team of consultants and contractor who knew what the client wanted and a client who understood the demands of the project’s management and delivery difficulties.

But it doesn’t stop now it’s completed. There is a ten year Management and Maintenance Plan in place to look after the Castle. And it is open to visitors. We look forward to the years ahead when we have delivered a unique visitor experience to the people of our region and the wider community.

We are also pleased to announce that the project received the Conservation and Regeneration Award at the CENE 2020 Awards.

‘The Awards showcase and celebrate achievements by projects, organisations and individuals from the built environment as they continue to set the benchmark for excellence. The quality of the submissions has once again been exceptional’.
Catriona Lingwood, Chief Executive of Constructing Excellence in the North East.

And wouldn’t you know it- it won! So the project has won not just the regional CE award but the National Award as well and we couldn’t be more delighted for all of the team.

We are very grateful to Constructing Excellence, the Judges and headline sponsor Swegon, for the Conservation and Regeneration Award.

The National award acknowledges not only the long term vision, partnerships and talent of The Friends of Hylton Castle but also the lasting partnerships created by Sunderland City Council, The National Lottery Heritage Fund, The Garfield and Wolfson Foundations, English Heritage and Historic England; and a dedicated team of talented and enthusiastic consultants, contractors and volunteers.
Together we have all played our part in not only successfully delivering a multimillion pound rescue, of a nationally important heritage asset, in our region, for its people but also shown the country what we can achieve in the North East.

I would like to congratulate you on winning the Conservation & Regeneration Award at last week’s Constructing Excellence Awards. It is an excellent achievement and we very much look forward to working with you to share the excellent learning outcomes widely across the industry. As one of our chairs said last week, the quality of the entries and winners to these awards demonstrates just how much the construction industry is progressing and you and your team are very much at the forefront of that.