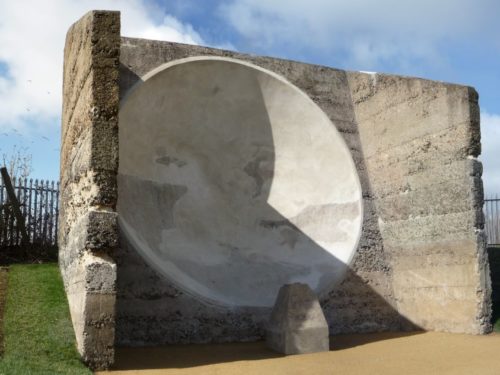 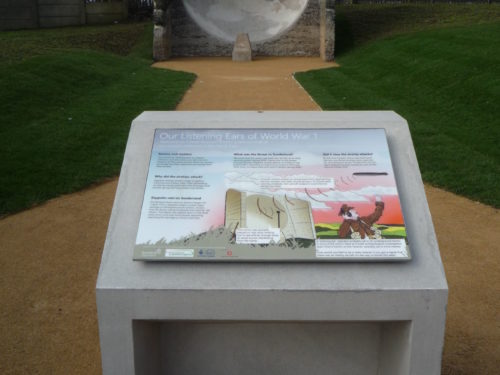 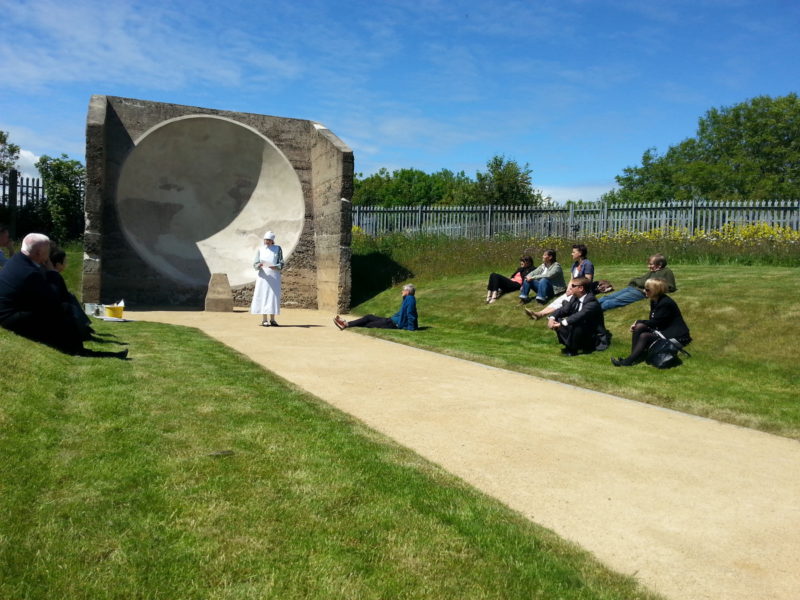 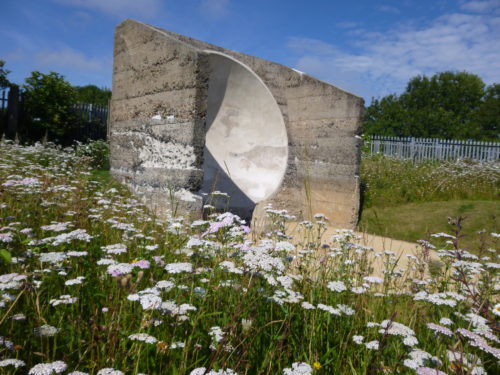 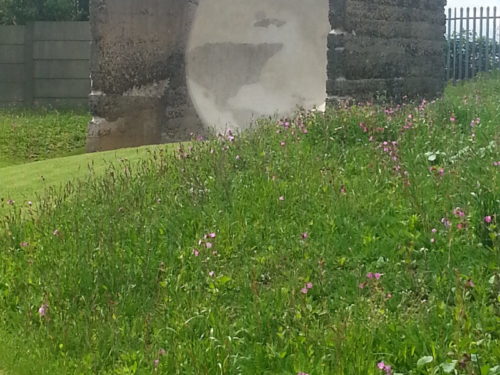 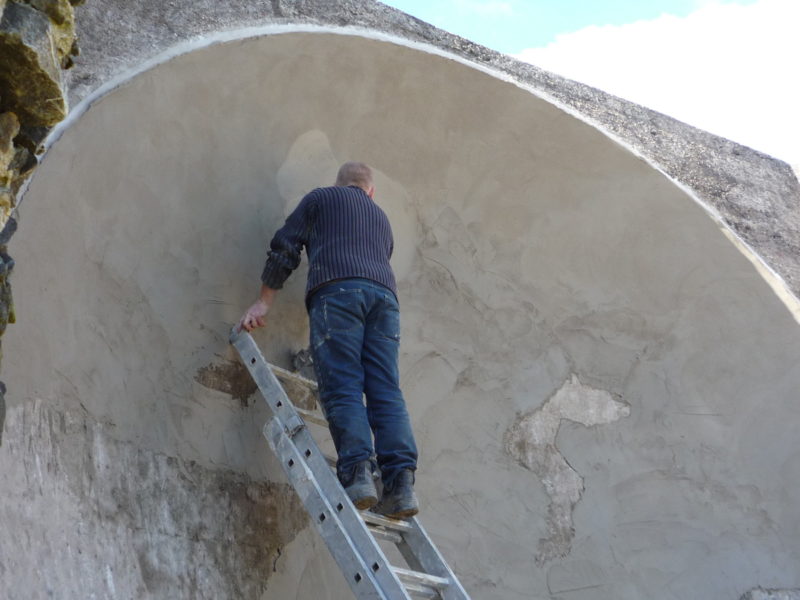 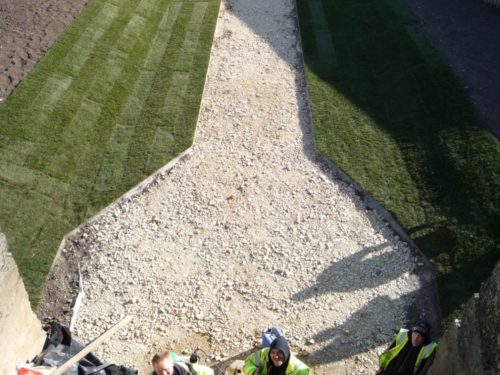 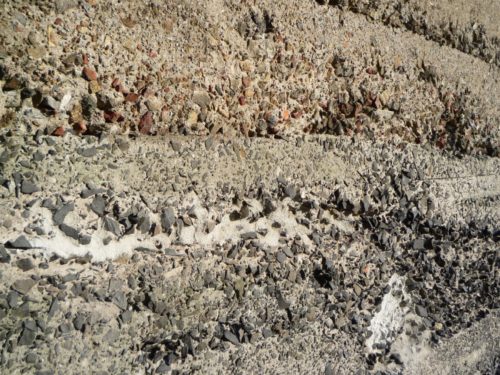 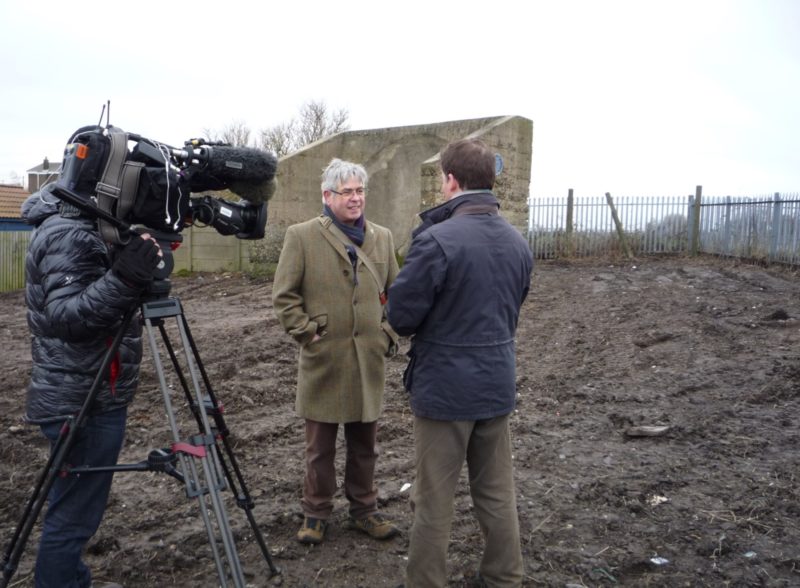 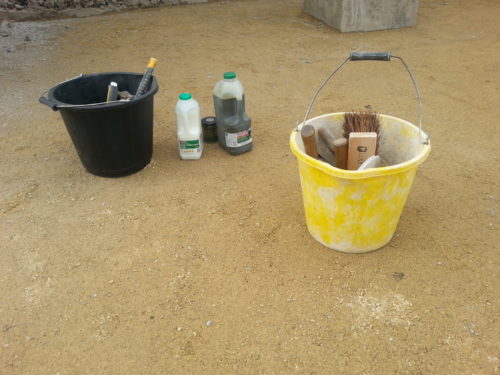 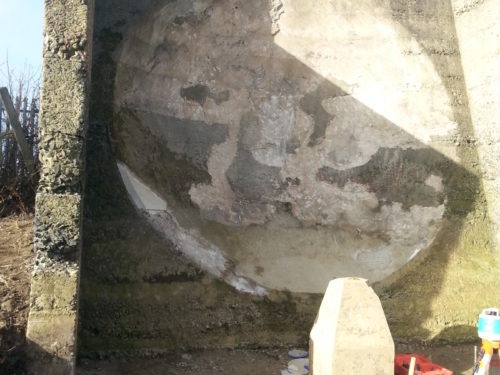 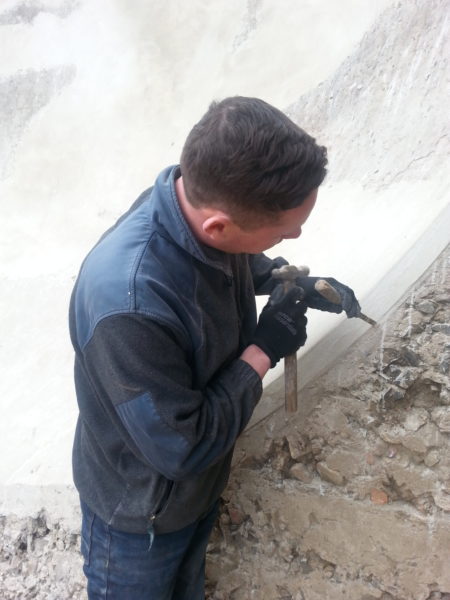 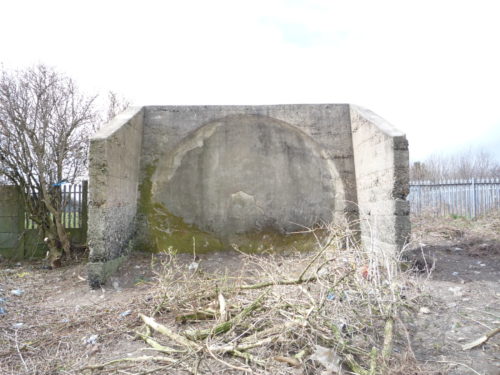 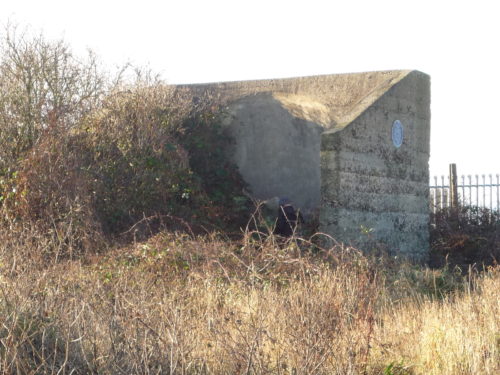 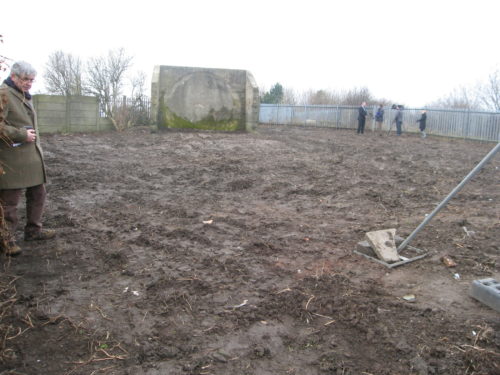 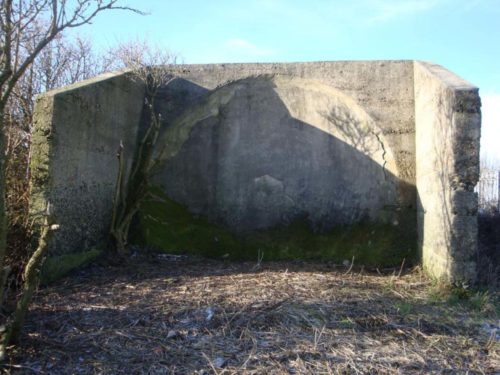 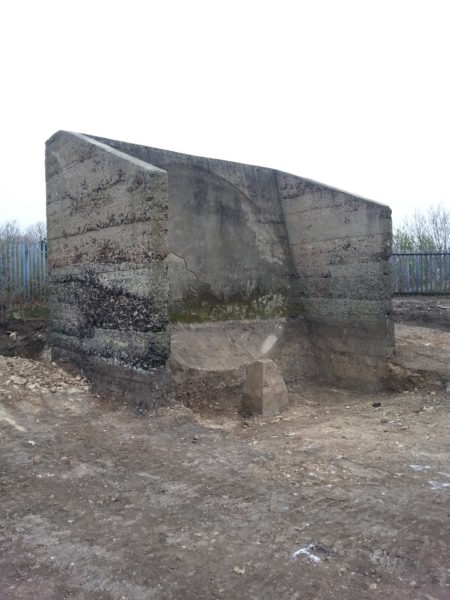 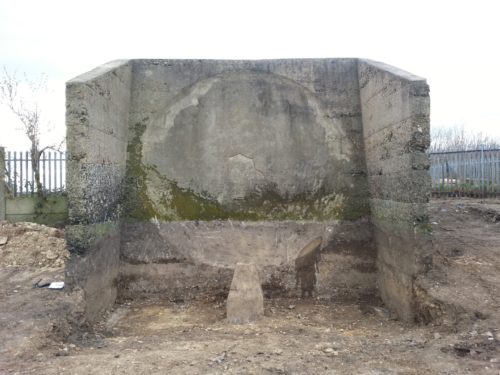 The Fulwell Sound Mirror is a Scheduled Monument and Grade II listed military installation. It is a long lost reminder of the WWI home front in the North East. Overgrown with brambles and trees, half submerged in landfill and deteriorating, its purpose shrouded in mystery and almost lost to the folk memory of the generations that followed, in the active defence of our eastern seaboard from the threat of attack.
The war was being brought home by aerial attack, in the dark, by Zeppelins and advance warning was rapidly required. A method of detecting their approach was needed and the Sound Mirror was developed. Sound from airship engines could be detected and provide a 15 minute warning to citizens and the shore batteries to fire upon it.

It is a unique structure; a concrete wall, containing a rendered concave dish. This is tilted above the horizon to ‘watch’ the sky. It has two short return walls to support the dish. The concrete was eroded, the dish render cracked and mostly missing and the high ground level buried the structure. It was on a quarry edge – now filled in with waste and within an allotment site, used as a dumping ground and becoming lost and forgotten.

We dug it out, brushed it down, lightly repaired it and landscaped the site and added interpretation. You can get to the Mirror, close up to the dish and see out to the eastern seaboard and listen out again and imagine the drama and experience the peril of one of the North East’s most imaginative reminders of the Great War, at home.

The project was for Limestone Landscapes and Sunderland City Council Partnership with grant and technical assistance from Historic England.